I’m writing 500 words about the WordPress plug-in CoSchedule because NonDoc pays $79 per month for it, and if I write this review, we supposedly will get half off for a full year. Hot dog! Fire up the bonuses.

Contrary to what many people might believe, we don’t have very much revenue yet. Maybe we should let readers “pay what you want?” I dunno. Have you guys seen my car? #iPitWhereiPark

ANYWAY, CoSchedule is a plugin that our web-genius Jeremy Shannon helped us choose before launch when Josh “Twitter Audit” McBee and I realized WordPress doesn’t have a built-in calendar feature where everyone can see the news budget for the week. I bought a whiteboard for this shit, and we aren’t barbarians. We’re the Working Press, and we needed a good calendar.

Enter CoSchedule, which has a nice adjustable seven-day, two-week or full-month layout with nifty colors and easily understandable nomenclature. The user interface lets multiple users/editors create posts for any day they please.

One problem, though, is that creating a post for a certain day through WordPress proper does not place the post on the CoSchedule calendar. In all honesty, I do wish CoSchedule would be more proactive on details like that — little flukey things that cause its users to waste valuable time.

Overall, however, CoSchedule is now something we can’t imagine running NonDoc without. Ask Rice. He’s all like, “$79 per month?” And we’re like, “I know, but yeah.”

Still, that’s about what one of our reporters (not commentators yet, sorry) gets paid for writing a story. So maybe that’s fair? I dunno.

Look how lax I’m being with my language. Figuratively speaking, I’m writing this review to get half-off the company toilet paper. I could probably drop AP style, and no one from Seattle, Washington to Tampa Bay Florida would care.

Anyway, what else do I know about CoSchedule? Oh! It lets you set all of your social media for a post, multiple times a day, if you want. There’s also a way to tweet out your photos easily with it, which I just noticed yesterday.

So, in the end, CoSchedule is pretty useful if you’re trying to handle a fair amount of content in this Modern Age of #Journalizm.

Back when I was learning the craft, everyone talked about “web first” as the new thing. Here at NonDoc, we’re Web Only, and apparently that means you need CoSchedule or something like it if you want to have any semblance of a news budget in WordPress.

As for whether I should feel guilty as a Professional Journalist writing this review for the equivalent of a $20-per-month raise if split evenly between me and McBeezle?

Well, maybe we’ll pay our contributors more with it instead. And maybe CoSchedule will fix that post-creation problem I mentioned above. I mean, $480 for one piece of “Funded Content” is close enough. Plus, I knew this would be fun to write.

AND CoSchedule they will also be inspired by some of our feedback and help us and their other subscribers.

Maybe they can create a template for posts, wherein a custom “Task List” can already be loaded upon post creation, and maybe the time’s default opening can be adjusted? I’d like to think I could somehow create our Sunday Funday files from tomorrow through perpetuity with just a couple of mouse clicks.

But I don’t know how to program anything beyond a TV remote.

That’s why the people at CoSchedule exist. Like this guy, Garrett Moon, the co-founder of CoSchedule who sometimes sends you e-mails and whatnot. Hey Garrett, love your post on all the new Task features, but what says you on the auto Task-List-load idea I mentioned above?

(P.S. — A CoSchedule mobile app would be YUUUUGE, to paraphrase Donald Trump.) 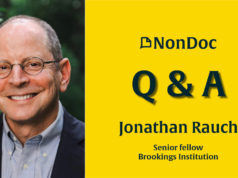