Hunter’s office appointed former U.S. attorney Patrick Ryan to the post, noting in an April 16 letter that he would be the “attorney general’s designee to the Multi-County Grand Jury in any proceedings” related to Boren and Hall.

“The attorney general took appropriate action by recusing himself and numerous senior members of his staff from involvement in this case to avoid any conflict of interest. This will ensure we can continue our attorney client relationship with the university now and in the future,” Hunter’s communications director, Alex Gerszewski, said. “Acting as special counsel, Mr. Ryan must comply with all state statutes regarding the multi-county grand jury and is unable to disclose information or provide comment on this case.”

Hunter has represented the University of Oklahoma and previously worked for OU regent Frank Keating, a former governor, U.S. attorney and FBI agent. 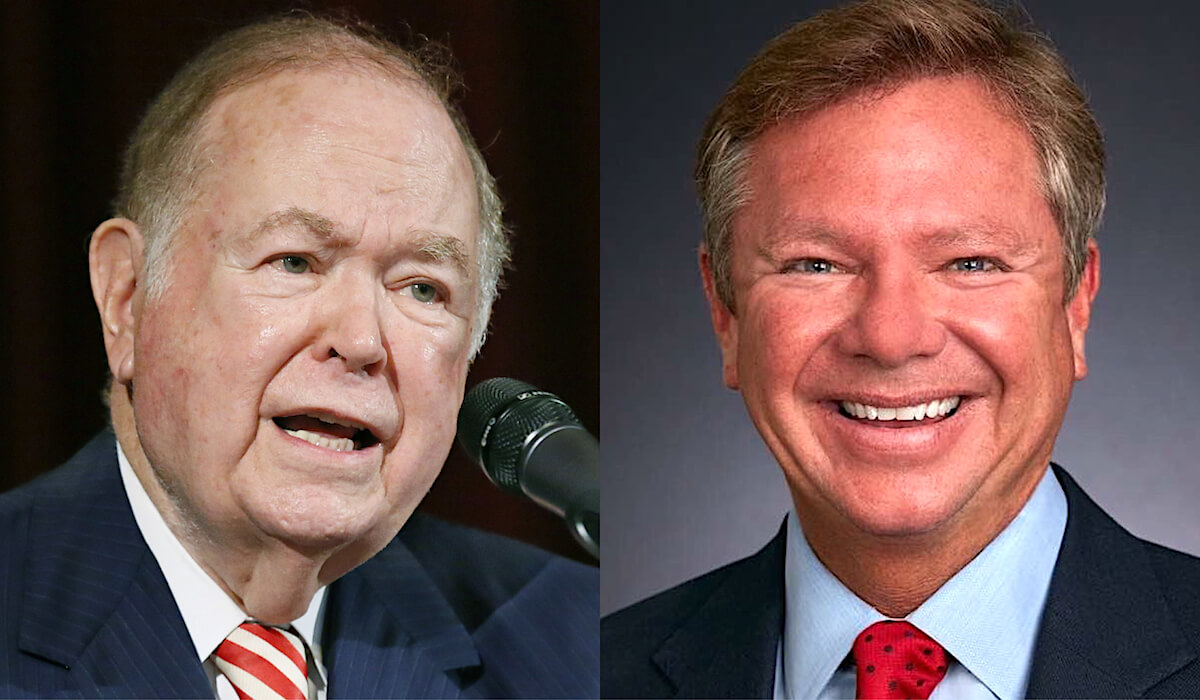 Ryan’s appointment was first reported Wednesday morning by Nolan Clay of The Oklahoman, who wrote that the Oklahoma State Bureau of Investigations has four agents working the case.

OSBI agents are believed to have already met with multiple people during their investigation, including Levi Hilliard, a current university employee who first spoke publicly about his allegations of sexual misconduct by Hall in a NonDoc article. The article also detailed allegations against Hall and Boren by OU graduate Jess Eddy, who said he has reported his story to OSBI and other law enforcement.

NonDoc has since learned that additional names of alleged victims have been provided to OSBI.

Through his attorneys, Boren has denied wrongdoing. Hall told NonDoc “absolutely not” when asked if he had ever been romantically involved with OU students or staff.

Eddy also told his story to Jones Day, a law firm hired by the OU Board of Regents to investigate allegations of misconduct by Boren. The board met April 9 to review the firm’s report, and The Oklahoman reported Wednesday that Boren and his attorneys will now get to review the Jones Day report.

Sara Bana, a victim’s advocate, issued a statement Wednesday on behalf of Eddy and Hilliard:

We are thankful to the OSBI whom we believe are diligently performing an objective, lawful, and comprehensive investigation on behalf of the people of Oklahoma, into multiple allegations of criminal behavior by Trip Hall and David Boren. We appreciate and applaud Attorney General Mike Hunter for his leadership and integrity in acknowledging the existing conflict of interest between the Oklahoma Attorney General’s Office and the University of Oklahoma. We are, furthermore, pleased with the appointment of Mr. Pat Ryan to serve as Special Counsel to the grand jury investigation. Mr. Pat Ryan has a distinguished history of protecting and representing the people of Oklahoma, and we thank him for his continued service to our State. These actions are confirmation to every victim and survivor that the institutions created and funded by and for the people of Oklahoma will not fail to see that justice is done.