Recently, the Oklahoma Editorial Board wrote an opinion column titled Medicaid Expansion No Economic Cure-All. Unfortunately, the piece was riddled with conservative ideology and few facts.

The editorial begins by sounding the alarm and saying that the federal government will provide $9 for every $1 Oklahoma spends on the expansion. I actually don’t quite understand how this is a bad thing. In fact, I would challenge anyone to show me a deal this good in government policy.

The next point that the editorial board makes is that “… supporters argue that the Medicaid expansion will generate enough economic activity to create more state tax collection that will effectively pay for the state’s share of expansion costs.”

I’ll be the first to admit, I don’t know if it will be enough to completely pay for the expansion. The Louisiana Department of Health commissioned Louisiana State University to conduct an independent analysis of the impact of Medicaid expansion on Louisiana’s economy. The LSU study showed that by accepting the expansion, economic activity generated was about twice the amount invested ($1.85 billion invested to $3.57 billion in economic activity), which equated to 19,195 new jobs. Louisiana only has 750,000 people more than Oklahoma. It would be reasonable to expect similar results.

The editorial then quoted this 2015 study by professors Liam C. Malloy and Shanna Pearson-Merkowitz. To quote the editorial:

While they supported expansion, they tempered expectations. They found it was theoretically possible for Medicaid expansion to ‘help Rhode Island’s economy,’ but that was true ‘only if the state controls costs.’ That was a big caveat. The cost of health insurance coverage has steadily increased in the years since passage of the ACA and adoption of Medicaid expansion in many states.

In reality, Malloy and Pearson-Merkowitz summarized their study by saying, “… our research indicates that the expansion of health insurance coverage can help Rhode Island’s economy, but only if the state controls costs.”

The second point is, yes, health care costs have steadily increased since the passage of the Affordable Care Act and adoption of Medicaid expansion in many states, however, it has risen at a lower rate than pre-ACA. One could reasonably surmise that if every state accepted the expansion, rates would be even lower.

The editorial went on to add that Malloy and Pearson-Merkowitz caution, “… to the extent that enlarging coverage increases government spending, the net effect on the economy may be negative.”

This is untrue, and it is dishonest to represent this as a finding of the study. Here is the full, original quote from the study:

While existing research offers good reason to believe that expanding health care coverage can help the economy by making workers healthier and therefore more productive, it also suggests that, to the extent that enlarging coverage increases government spending, the net effect on the economy may be negative. Our research takes into account both of these factors – expanded coverage and increased spending – by looking directly at the connection between health care coverage, health care spending, and economic growth.

The comment that the editorial board used is about previous conflicting research and not the author’s findings. Instead, what they found is that the economy can be helped by the expansion.

The editorial ends with, “Put simply, the cost of Medicaid expansion comes with trade-offs that include slower job growth and reduced government spending on other priorities like schools. Policymakers who support Medicaid expansion need to be upfront in facing that reality.”

Except they do not, and citizens should not be fooled by this sleight of hand.

As the study from LSU shows, and even as the study on which the editorial board chose to base their editorial shows, expanding Medicaid is good for the economy. We know this because, among other benefits, it creates jobs. Here is one stat the editorial board left out: If the governor accepted the Medicaid expansion, more than 200,000 Oklahomans would be eligible for health care who aren’t today. 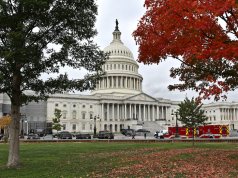