In 2019, the Tow Center for Digital Journalism discovered 450 websites designed to look like local and business news outlets which were actually part of a national network of “pink slime journalism” sites promoting conservative political interests.

On Tuesday, the Tow Center reported that this network has since grown to 1,200 sites, 21 of which are targeted at communities in Oklahoma. The full list of sites can be viewed here, and the Oklahoma-branded sites appear on page nine.

With names such as Sooner State News, South Tulsa Today and Oklahoma Business Daily, the sites publish a combination of articles generated by algorithm, content repurposed from elsewhere and a smattering of bylined pieces, which tend to have a conservative bent. The bylines are typically not accompanied by photos, bios, social media accounts or other identifying information.

The Oklahoma sites all appear to be operated by either Metric Media Foundation or Franklin Archer, two of a handful of entities the Tow Center identified with links to conservative businessman and former reporter Brian Timpone.

Timpone was formerly the head of Journatic, a news outsourcing company that attracted criticism in 2012 for disseminating news stories with fake bylines.

In an increasingly polarized and impoverished media landscape, the accusation of “fake news” is often flung across the political aisle, but the phenomenon of fake news websites raises questions about the future of journalism and democracy to a new level of urgency.

The existence of this network of websites was first noted by Carol Thompson of the Lansing State Journal, who reported in October on dozens of sites for purported local news organizations that had sprung up in Michigan.

Following Thompson’s reporting, the Tow Center uncovered the larger network of sites, which has ballooned in the lead-up to the 2020 election.

Approximately 80 percent of the sites the Tow Center identified are associated with Metric Media, which describes itself as “a digital firm managing the online presence of the portfolio of local news sites.” Franklin Archer, meanwhile, claims it “brings coverage to underreported areas of American life.”

The companies have been labeled as examples of “pink slime journalism.” A reference to the rosy paste of meat byproducts used as a filler in some processed meats, the term was coined by a reporter named Ryan Smith, who worked for Journatic and spoke to the radio show This American Life about his experience. Like pink slime, these pseudo-publications can contain a baffling mix of ingredients.

Sooner State News offers a taste of the content from these sites. On its homepage this week, the top story was a 193-word article that cites some numbers from a press release by the American Hotel & Lodging Association and mentions efforts by the industry to gain more assistance from Congress.

According to the Tow Center, 90 percent of the stories on the network “are algorithmically generated using publicly available datasets or by repurposing stories from legitimate sources.” Four of the five stories currently listed as “trending” on Oklahoma Business Daily simply state census data regarding racial demographics in various Oklahoma towns — highlighting how many people identify as mixed race and whether the white population is increasing or decreasing.

One of the few bylined stories on Sooner State News is a piece credited to “T.H. Lawrence” from June 24 about a lawsuit filed in early May by Paycom against the Oklahoma Council of Public Affairs, the state’s leading conservative think tank. The story quotes extensively from an interview with OCPA President Jonathan Small, apparently the only first-hand interview conducted for the piece.

Lawrence’s only other byline on the site is another piece about OCPA for which Small appears to have been the only person interviewed. Sooner State News also ran another piece on the Paycom lawsuit a few days earlier, on June 19, under the byline Joe Chen. It is the only story under that byline and says both Paycom’s representatives and OCPA declined to comment.

Many of the sites identified by the Tow Center contain a similar mixture of automated, nonsensical, and conservative-leaning pieces, with the same articles and authors often published across multiple sites. T.H. Lawrence — not to be confused with famed English writers D.H. Lawrence and T.E. Lawrence — is credited with articles on Metric Media sites around the country, sometimes published on the same days.

The rise of news deserts

This type of sneakily partisan content is not only conservative-leaning. The research group OpenSecrets and the Washington Post both reported earlier this year on left-leaning sites designed to look like local news outlets. In particular, a site called Courier Newsroom is tied to a Super PAC and has spent more than $1.4 million boosting its articles — which promote Democratic politicians — on Facebook.

All told, this phenomenon takes advantage of upheavals in the news industry. More and more Americans get their news from social media, where it can be harder to identify the source of information or evaluate its trustworthiness.

Meanwhile, reliable local coverage has become increasingly rare. A 2018 study by the Hussman School of Journalism and Media, at the University of North Carolina, found that more than one in five local newspapers has gone out of business in recent years and the number of journalists employed by newspapers has been cut in half since 2004. 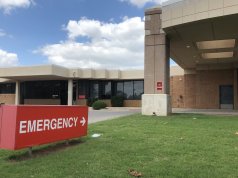