While regents who govern the Regional University System of Oklahoma entered executive session this morning to discuss presidential vacancies at East Central University and Northwestern Oklahoma State University — as well as the employment of the current president of the University of Central Oklahoma — the presidents of RUSO universities gathered in a separate room and discussed launching an initiative to fund scholarships for Ukrainian students that have been displaced by the Russian invasion.

“I really think we should consider offering for each of the schools in RUSO a full-ride scholarship to Ukrainian students. Maybe one per university, something like that,” Lovell said. “We could do it in unity.”

“I applaud you for bringing this up and hope we’re all very supportive,” she said.

After further discussion on potential contacts to kickstart the process, support for the initiative became unanimous.

“I think we’re all in agreeance,” regent Lake Carpenter said.

Following executive session, Lowell said the RUSO presidents “might have an announcement in the near future” on scholarships for Ukrainian students, but they said they needed to discuss the initiative with Northeastern State University President Steve Turner.

“We certainly aren’t ready to make an announcement, but we are all in agreement that Oklahoma is one of the best places in the world to pick up those who have faced disaster,” Lovell said. “Those young people who are ready to go to university, we hope to come up with a plan to help them.”

But an agenda item noted that regents also discussed the employment of University of Central Oklahoma President Patti Neuhold-Ravikumar, who was pulled into executive session for about half an hour.

Although a public RUSO employee told media that regents were exiting executive session and returning to their public meeting, media were unable to enter the room in time to hear the board’s final motions. The board apparently adjourned and went on a scheduled tour of Tinker Air Force Base at 11 a.m., which RUSO regents and presidents were to attend.

Asked about the agenda item concerning her position following executive session, Neuhold-Ravikumar said the regents discussed “nothing unusual” with her behind closed doors.

In December, The Oklahoman reported that UCO faculty were losing faith in Neuhold-Ravikumar as the university was grappling with ongoing budget woes and declines in enrollment. The newspaper said UCO had cut $12.7 million from its budget in the past two years and that enrollment had dropped 2 percent under the prior year’s figure.

On Feb. 28, Neuhold-Ravikumar rejected a faculty senate proposal that would add a faculty member to serve on the cabinet as the president of UCO Faculty Senate.

In Neuhold-Ravikumar’s letter to Jennifer Barger-Johnson, UCO’s Faculty Senate president, the president wrote that she is “concerned about the disruptive nature of introducing a new and unvetted cabinet member every year and its effect on business continuity, team dynamics, and the quality of executive decision-making.”

Neuhold-Ravikumar then wrote that UCO’s Faculty Senate and administration are not on the same page regarding expectations of the university’s governance.

“Faculty Senate and administration do not currently appear to share expectations about what constitutes university governance, trust and transparency,” Neuhold-Ravikumar wrote. “Without shared expectations of the issues at the core of this proposal, we lack a foundation for even considering it. There is much work to do among us ahead of a move such as what is being proposed.”

Neuhold-Ravikumar was hired as president of UCO by the RUSO regents on June 30, 2019 after the retirement of Don Betz. She is the university’s first female president. 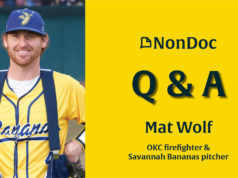