That was the tally between comic characters Calvin and Hobbes during a game of their indecipherable “Calvinball” years ago. Calvinball was notable for being a “sport” where all the rules are made up as you go along.

How far are we from seeing it in college baseball right now?

The University of Oklahoma will debut its new artificial-turf baseball field this weekend. Even the dirt is fake: Plastic and ground-up tires comprise the pitcher’s mound and the basepaths.

It was already bad enough that the sport uses aluminum bats, and it also uses a type of aluminum bat that somehow has a smaller sweet spot than wooden bats. Therefore, you get weird ricochets for base hits from metal bats that would normally break a wooden bat, and you also get can o’ corn pop flies from swings that would bring a home run with a wooden counterpart.

College baseball also has the designated hitter and enough bunts to make a person go blind with rage.

Now we throw fake grass into the equation … and fake dirt.

OU’s move away from grass on its baseball field is both disturbing and puzzling. It’s disturbing because baseball, more than any other sport, recognizes and appreciates its past. Its past does not consist of shredded tires and non-biodegradable materials on the playing field. It’s based around seeing green as far as the eye can see — real green, made by God’s own hands, not something mixed up in a laboratory.

Look at Major League Baseball. Of the 30 teams gearing up for 2016, only two will not have natural grass on their fields: Tampa Bay and Toronto. But both will at least be using dirt infields, mounds and plate areas.

There was a time MLB forgot about its past. During the 1970s and ’80s, when uniforms were all Rainbow Brite and stadiums went cookie-cutter with artificial turf, Babe Ruth wouldn’t have known what was happening if he was dropped onto a field.

Most major league teams have turned their backs on their behavior during those decades, and it shows as they continue efforts to embrace the sport’s history with classic uniforms and throwback stadiums with real grass.

OU baseball goes in opposite direction

The Sooners, however, appear to want to go the opposite direction, investing in the new turf surface and calling it a victory for recruiting and drainage.

But to me — an OU baseball fan who had season tickets until this year — OU’s move to an artificial surface is puzzling. The best college baseball teams in the country are arguably in the Southeastern Conference, and all but one uses real grass fields. Recruiting blue-chippers to play on grass at those schools has certainly not proven to be a problem. Weather can’t be that big of a difference, either, as four SEC universities reside at higher latitudes than Norman, Okla.

Surely this change was not brought on by the wishes of the current players? When I was in college and 19 years old, I thought flannel, jean shorts and combat boots went really well together. Most kids my age felt the same. Luckily, we weren’t in charge of deciding long-term changes at major universities. Had we been, there’s a good chance OU baseball would have had a Zubaz playing field.

I’m certain money plays a factor in this change, as it does for everything in this world. However, if OU’s athletic department could afford a grass baseball field during the dark days of the 1990s when money was tight, it surely can nowadays when OU is one of just a handful of athletic departments across the country that is entirely self-funded.

Whatever the reason, I’m sure the 180,000 lbs of rubber used for the new OU baseball field are important to the people who made the decision, and that decision is certainly within their rights.

What remains important to me, however, is enjoying the game of baseball as my father and grandfather did before me. I’ve always had to swallow hard seeing the metal bats, incessant bunting, silly small-ball strategies and over-coaching that plague the college game.

Now, I’ll have to watch it all on fake grass … and fake dirt.

Oh well — I guess the first one to Q wins! 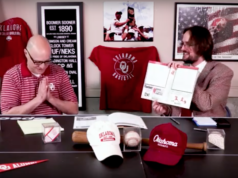 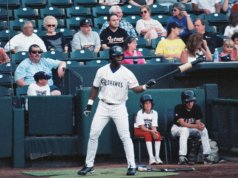 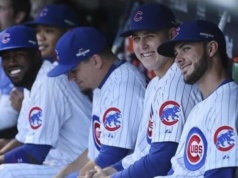 Having ‘faith’ in the Chicago Cubs feels weird Baseball: An escape from – and microcosm of – life itself 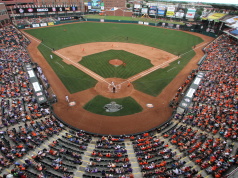