TISHOMINGO, Okla. — State Highway 7 runs through rural woods and quiet streams just outside of this town of about 3,000. If you blink while driving the quiet road, you may miss one of the premier wildlife conservation operations in the region.

The Tishomingo National Fish Hatchery was established in 1929 and is one of the oldest water rights in Oklahoma, according to the U.S. Fish & Wildlife Service.

Spanning 235 acres next to Pennington Creek, the TNFH stands as the largest federal hatchery in the southwest region of the U.S., and the largest warm-water hatchery in the country. It features three fish-holding houses, four circular tanks, and six large concrete raceways.

But underneath the surface of a select few of its 62 ponds, the alligator snapping turtle is quietly making its comeback.

“One of our core mission values is to keep the species from becoming extinct,” said Ralph Simmons, assistant project leader for the hatchery. “We work with threatened, endangered, and sport species like paddlefish, catfish, alligator gar and the Arkansas River shiner. But we are the only federal hatchery working with alligator snapping turtles.”

The species once occupied much of the eastern third of Oklahoma, but black market meat harvesting, habitat destruction and the pet trade have contributed to the turtles’ protected status.

“Dammed rivers also cause problems,” said Denise Thompson, a research associate at the hatchery and an Oklahoma State University doctoral student. “The major current threat to the survival of alligator snapping turtles in Oklahoma is unfavorable opinion. People tend to think these turtles eat all of the fish, or that they are scary because they are aggressive and dangerous. In reality, alligator snapping turtles are very beneficial for keeping ecosystems balanced and maintaining healthy fish populations and diversity.”

The size and archaic appearance of the alligator snapping turtle is unique, but there is another significant marker: a linguistic lure, or tissue inside the mouth that looks and moves like a worm to attract food.

“They’re the largest species of freshwater turtle in North America, and the only species in the world that possesses a lingual lure,” Thompson said. “When I see these animals, I think about all of the changes they have witnessed take place on this planet.”

Thompson collects and evaluates data from 40 adult turtles in the hatchery’s breeding program. Her goal is to maximize reproduction while minimizing the loss of genetic diversity. Through tracking systems, she monitors individual behavior, position, proximity and movement, and how those factors affect reproduction. Whether or not the species successfully reintegrates into big rivers, marshes, and creeks will hinge on Thompson’s and the program’s ability to maintain genetic diversity within the relatively small breeding population.

Once the females lay a clutch in spring, Thompson and other hatchery staff and interns collect the eggs to be incubated in controlled temperatures, allowing them to determine gender. Hatchlings are then reared for several years at the hatchery before being reintroduced into rivers in Illinois, Louisiana, and Oklahoma.

“We’ve had some years to go through the culture techniques and get some things refined, and now we need to produce,” Simmons said. “We want to talk to people, educate them about the differences, the plight of the snapping turtle and hopefully our efforts to help repopulate.”

So far, some of the program’s turtles have been tagged, stocked in the Caney River and Pond Creek in northeastern Oklahoma, and later re-caught and measured for size and weight. Compared to turtles kept captive, the wild-raised stock were larger. The data suggest that habitats still support the species with plenty of food and space to go around.

According to Simmons, the best way the average person can help save the species is to fish responsibly, enjoy water without leaving behind waste, and become educated about the breed’s biology.

“We are trying to put them back in their rightful place — the rivers.” 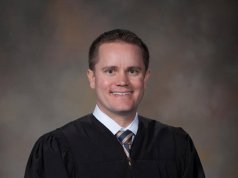