Don’t we all deserve our time?

Tulsa mayoral candidate Paul Tay’s recent interruption of a live, televised debate was a bold move that took some serious stones. In the end, this eccentric figure of that city’s political scene garnered the attention he felt he deserved, but fellow dark-horse candidate Tom McCay posited an interesting notion when speaking with the Tulsa World (linked above).

“Protest is one thing. Disruption is another.”

Protests should disrupt. They must. I’m not talking about property destruction or illegal activities, but even the most gentle protests can disrupt the minds and actions of those the protest targets. Eventually, those in power must react to protests against them, and in their reactions the people will see their true colors.

In this case, the sitting mayor tried to call 9-1-1. Others stood around stiffly. Some pleaded with Tay in an effort to de-escalate what appears to be a tense and potentially physical confrontation in the video.

All of which could have been avoided if debate organizers had simply included all of the candidates. Would that have quelled the likelihood of any similar antics from Tay? Maybe not, but at least at that point he would lack the ability to claim the frontrunners are unfairly silencing him. Further, each candidate then has enough rope to hang himself with, and the frontrunners would benefit by comparison in light of any dark-horse gaffes.

While Tay may be a political pariah who has potentially hamstrung his ability to be granted airtime in the future, the episode illustrates how a plurality of voices is often opposed from participating in democracy. In turn, those in power minimize the protests against them and help secure their own positions at the top.

Inside the Kristofferson-Worthy Songwriting of Parker Millsap — Rolling Stone

Ken Starr faceplants when confronted with email showing he was told about rape at Baylor  — Deadspin.com

‘It doesn’t make a lot of sense,’ state agency leaders not qualified under Oklahoma law to hold their jobs — KFOR

Good journalism — the kind that matters — requires reporters who won’t back up, back down, back away or turn around when faced with efforts to intimidate them. It also requires owners and other bosses with guts, who stand by and for their reporters when the heat is on.

— Muhammad Ali, as quoted during a memorial service in his hometown, 6/5/16 Muscogee Creek Indian Freedmen: ‘They basically voted us out’
by Stephen A. Martin Charlie Christian in the news, still out of the Okla. HoF
by William W. Savage III 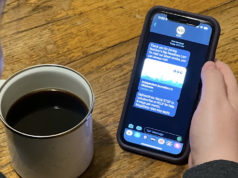