Since late February, ongoing drought conditions have encouraged multiple wildfires across the state, with northwest Oklahoma and southwest Kansas receiving the brunt of destruction.

On March 7, Gov. Mary Fallin issued an executive order declaring a state of emergency for 22 counties affected by three fires that have become known as the Northwest Oklahoma Complex (NOC) wildfires. The order cites “Moderate and Severe Drought conditions” as contributing to the wildfires that began a day earlier.

As of Friday, “23 large fires have burned more than 1.1 million acres” across the U.S., according to the National Interagency Fire Center (NIFC). Oklahoma and Texas account for more than 900,000 of those acres. Across Kansas and Oklahoma, the Starbuck Fire alone burned more than 623,000 acres. The NIFC notes that, since Jan. 1, wildfires nationwide have burned more than nine times the 10-year average in just the first-three months of 2017.

As of Monday morning, the Oklahoma Forestry Service reported the NOC fires as 42-percent contained.

Federal lawmakers from Oklahoma drop in

Early Thursday morning, U.S. Sen. James Lankford began tweeting about relief operations in Clinton. Later that same morning, he had managed to make it as a guest on K101 out of Woodward.

“Because this is such a devastating event, I want to be able to put eyes on the ground and be able to help with what I can on the federal response, as well,” he said during the brief interview.

By Thursday afternoon, Sen. Jim Inhofe had joined Lankford on Twitter in expressing support for those affected:

For those Oklahomans affected by wildfires, @SenatorLankford and I released a list of resources available to help. https://t.co/BAUxaXpWOQ

Friday, Inhofe and Lankford were in Woodward for a press conference. Inhofe, a licensed pilot, took the opportunity to tour the scene via airplane:

Devastating to see the wreckage from the wildfires, but encouraging to see a community come together to support those who are hurting. pic.twitter.com/9W1pfAO7og

The senators’ visits each smack of politics in the most classic sense.

First, these are the same Republican senators who refused to hold traditional town hall meetings with constituents following President Donald Trump’s inauguration. Lankford had a virtual town hall with limited attendance, but it was met with much criticism.

It’s not like there’s nothing to talk about, either: Just a week prior to the senators’ aerial antics, the Tulsa World’s Randy Krehbiel reported that the state’s GOP annual delegation dinner was, for the first time ever, met with protesters outside the Mayo Hotel.

On the face of it, the timing of the visits to the NOC fires could be seen as an ostensible public relations stunt designed to pander to a largely rural base.

(Rep. Frank Lucas (R-District 5) represents in the U.S. House the district geographically affected by the fires. He held four town hall meetings in his district in February. Although his Twitter account has been silent since summer 2016, he took a break from criticizing former President Barack Obama and praising President Trump beginning March 8 to appear solely focused on NOC issues ever since.)

Mention the name Inhofe to someone even remotely interested in politics, and they will likely refer you to the time when the senator, as chairman of the Senate’s Environment and Public Works Committee, held forth a snowball on the Senate floor.

This was Inhofe’s crucial visual aid — during February in Washington, D.C. — to conclude that the idea of manmade global warming is a hoax. In fact, that’s basically the title of a book Inhofe wrote about the subject.

With regard to Lankford’s subjective opinion on the objective facts of manmade climate change, Mother Jones listed him as part of its climate denial caucus. Liberal advocacy organization Organizing For Action also lists him as a climate change denier.

These dubious distinctions are based on statements Lankford made calling global warming “a myth” in 2010. More recently, Lankford proposed an amendment in 2014 that would have limited funding for studies on carbon-dioxide emissions and their relationship to climate change.

In light of their previous track records on climate change, the senators’ visits to NOC-affected areas create an additional irony. Not only did the flyovers appear to be a PR stunt, but these lawmakers vehemently oppose regulations that might lessen the dangers of seasonal wildfires while also actively denying the conditions that create such dangers in the first place.

Oklahoma has been on fire (metaphorically speaking) for several years now. Our world-leading incarceration rates have led to prison overcrowding. Our failure to fund education has ranked us last or near-last in several metrics. An ongoing failure to fund health care properly has left the average Oklahoman unhealthier than the average American.

In some ways, we are basically equivalent to a developing nation.

So it’s a shame that, during a time of increased political divisiveness and social outcry, it takes a literal wildfire — one likely spurred by climate change at that, given the aforementioned 10-year average — to bring our two most prominent national statesmen back home.

And what did they accomplish while here? Some photo opps and a chance to take some nifty rides in various aircraft. Nothing like pumping out some aircraft engine fumes over an ongoing wildfire to ameliorate the situation.

For those seeking to make a real difference, the Working Ranch Cowboys Association has posted drop-off locations to supply hay and other items in several counties. Likewise, the Oklahoma Cattlemen’s Association has created a similar relief effort. 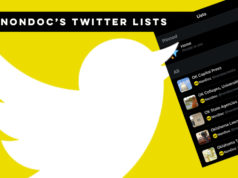 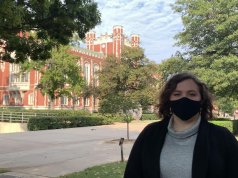