ZÜRICH – During the past month, I’ve received notifications from dozens of websites asking me to read and agree to their updated privacy rules or to reconfirm my subscription to their email notifications. You probably have as well, even if you live outside of the European Union. It’s all thanks to the newly introduced General Data Protection Regulations, or GDPR.

While the idea behind these changes moves the EU far ahead of other countries, the logistics of implementation have been cumbersome for users. I attempted to read the first few revised terms and conditions I received, but by the 20th one, I gave up. This means that instead of understanding how my data will be used, I put my trust in EU legislators and the websites to which I’m reconfirming to have done the right thing.

As such, it would probably help to understand more of the details behind the GDPR.

An overview of the GDPR

On May 25, new data-privacy laws took effect in Europe, replacing the previous mandate passed in 1995. The European Union already led the world in data-privacy protections, but the new measures take online privacy a step further.

While the Data Protection Directive of 1995 had already laid out a fairly strict set of regulations of when, why, how and for what purpose companies could use personal data, the GDPR extends that scope to include all companies that process the personal data of users residing in the EU, regardless of where the company is located.

Now, the GDPR aims “… to protect all EU citizens from privacy and data breaches in an increasingly data-driven world that is vastly different from the time in which the 1995 directive was established,” according to the GDPR Portal.

There are six key changes that increase the rights of data subjects:

Several startups have seen an opportunity to act as advisers to help users and businesses navigate the new regulations and understand data collection and privacy rules. For example, Personal Data.IO aims to make it easier for everyday users to understand what companies know about them.

With so many updates to read, I hope my trust is justified, but misplaced trust is how we ended up in Facebook and Cambridge Analytics messes in the first place. 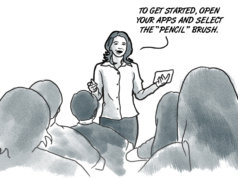