He wakes up, turns on his dilapidated and antiquated laptop and immediately scours job sites. He works at various odd jobs in an effort just to keep the bills paid. His bills always seem to lag at least a month behind, with more of them having to go by the wayside as money continues to grow scarce. He shows up at interviews wearing clothes he can no longer afford to get dry-cleaned. He forces a smile on his face, knowing his routine within a tough economy has no discernible end in sight but shouldn’t have to be this way.

While spending hours poring over job sites, making revisions to cover letters, and filling out applications and forms, there is no coffee. Coffee is a luxury. Crackers and dry sandwiches are a consistent food source.

Any additional money is spent finding affordable networking opportunities or paying for gas to and from intermittent job interviews or temporary job opportunities.

This is the life of the unemployed in Oklahoma, where the job market is what it is — gloomy, unforgiving, bleak. The concerns among college graduates and non-college graduates alike are real, especially for those who have industry-specific skills that limit their ability to expand into other areas.

While new trainings can be available through various entities, anything short of job placement mostly results in wasted gas money and time.

The oil and gas industry serves as a prime example of how quickly employment during a tough economy can end in a heartbeat.

Many Oklahomans — high school graduates through doctorate-level executives — have felt the nervousness that comes with sweating out occasional layoffs. They feel loss when they are handed their walking papers, and they may sense hopelessness going months (and sometimes years) without a full-time job in the industry for which they have given all their time and energy.

Data from the Oklahoma Employment Security Commission indicate a 22-percent drop in energy-sector jobs from July 2015 to July of this year. Overall unemployment rates have gone up in 71 of Oklahoma’s 77 counties during that same time.

Numbers alone fail to accurately paint the picture of what the unemployed go through: the hours spent updating resumes, modifying cover letters, filling out online applications, taking psychological profile tests and, for those who are fortunate enough to get them, going to interviews that often lead to rejection. It’s a tough cycle, especially when the end result is often negative.

Old dog knows tricks, but not so cute

Trust me, I know firsthand. I lost my full-time job within the past year owing to a major medical event, and I have been working to find employment since recovery.

When I look at my college diploma, the awards bestowed upon my professional career and the numerous accolades I have received for my role in successfully completing projects, it is tough to imagine that someone with my résumé and portfolio could go several months without finding a permanent job.

But it happens, and it has happened. It is still happening.

Personally, I have applied for thousands of jobs and gone through dozens of interviews. Whether you finish last or second, the reality is the same: No job. No paycheck. No hope for the immediate future.

It would be easy to blame things on the journalism and public relations industries themselves, because those are scarce jobs to find during a down economy. When businesses are looking to cut budgets to keep the lights on, image-building services are among the first to go.

One of the more difficult realizations of the job market is losing out on a job only to see a young, inexperienced person just out of college get the job for which you were more than qualified. Knowing that job turnover among millennials has a nearly $31 billion negative impact on our economy, it can be tough to swallow that employers continue to trend toward younger and inexperienced workers when there are millions of qualified applicants out there who are willing to work for a lower wage just to have steady employment.

Those same millennials getting more of the available jobs will often show up to work at a position they aren’t qualified to hold, and sometimes they will do an underwhelming job and move on within a year so they can underperform at the next stop while building a portfolio that will qualify them for even better opportunities. Meanwhile, employers continue scratching their heads while wondering why their hiring decisions don’t seem to work out.

That’s not to paint all millennials as bad employees, but the numbers do seem to bear it out that older, more experienced workers may be a better long-term solution when it comes to hiring. If the reasons for hiring younger applicants are that they will work for less money and stay longer, it seems clear that those reasons no longer hold water. Younger people are more likely to leave quickly, and they demand more from the workplace than previous generations.

The numbers will tell you Oklahoma’s jobless rate in September was 5.2 percent, but the truth is the data don’t accurately reflect the world in which we live. The Bureau of Labor Statistics considers people as unemployed if they don’t have a job, have actively looked for a job in the past four weeks and are currently available for work. I can say based on that definition, I wouldn’t count as one of the unemployed in Oklahoma. Like many Oklahomans in the same position, I did and continue to do everything possible to survive. I started my own business to generate at least a handful of accounts. That hasn’t worked nearly as well as needed. I took on side jobs. I took on temporary jobs. I took on jobs within my experience level. I took on jobs outside anything I’ve ever done before. And, yes, before you ask, every job I performed was legal in every way.

The bottom line is that we have a tough economy to deal with here in our beloved state of Oklahoma and in America in general. I can tell you, it is not easy to be on the wrong side of it. Not knowing how to pay for the needs of my family. Having to borrow money from family members. Needing to ask huge favors of friends. Never knowing when it will improve — or if it ever will improve.

This is just a piece of what real life is like for those of us who fall under the category of unemployed in Oklahoma. It’s not easy. 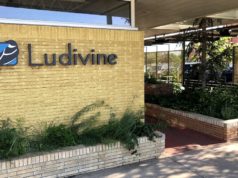